Analysis and Conclusions
of the
Washington Task Force
on the Motion Picture Industry
Source: http://www.homevideo.net/FIRM/task.htm

In 1979, Max E. Youngstein, who was working with our company at the time, handed me a copy of the "Analysis and Conclusions of the Washington Task Force on the Motion Picture Industry" of July 1978 and said "James, read this carefully and you will get a good idea what Hollywood is all about." In part, the Task Force report states:

"The motion picture industry, with 83% of film rentals received by six companies (the MPAA companies) and 92% received by eight companies, is clearly oligopolistic. . . Capital is not flowing to independent producers, however, because of artificially maintained barriers to entry. For example: a) Cost is partially maintained at a high level because major producer/distributors generally acquiesce to high star salaries and high crew costs. b) The inability to distribute a film appears to result from the refusal by major producer/distributors to allow their distribution units to distribute an optimal number of films. The inability to distribute is the most substantial barrier to entry. . . The number of films produced by the major producer/distributors IS SEVERELY LIMITED. THERE IS NO ATTEMPT TO MEET DEMAND OR INCREASE PROFITS BY PRODUCING OR DISTRIBUTING MORE FILMS. (emphasis added) . . . The profits (rentals) received by a producer/distributor are very high on a film which does well at the box office (blockbuster). The rentals received for a film which fares poorly at the box office IS MUCH HIGHER THAN MIGHT BE EXPECTED BECAUSE OF LACK OF VIABLE SUBSTITUTE. (emphasis added) This is true even if the picture is perceived prior to rental as having a poor box office potential. . . . If the market is truly competitive, independent producers can expect to hire the unemployed at lesser salaries and thereby undersell the major producers. This should, in turn, result in a reduction in the cost of production and the price at which films are made available to exhibitors. This, however, rarely occurs because of the restrictions imposed on the number of films which are distributed. . . . Technological progressiveness is low when relevant to the exhibitor, e.g., motion pictures are still being distributed individually in the form of bulky and expensive film. . . . Technological expertise exists in the industry, but more efficient distribution (such as electronic transmission of motion pictures or the use of video cassettes), which would ease distribution for independents and therefore aid their entry into the market, IS NOT BEING EXPLORED. (emphasis added). . . .Major studios appear to be controlling the market to restrict competition and lessen output so as to maintain tight control over employees and an exceedingly low buyer (exhibitor) profit."

Remember when the last MPAA chief, Jack Valenti, testified before Congress on April 12, 1882 (http://cryptome.org/hrcw-hear.htm) as to the horrors of the video cassette recorder? To wit: "But now we are facing a very new and a very troubling assault on our fiscal security, on our very economic life and we are facing it from a thing called the video cassette recorder and its necessary companion called the blank tape. And it is like a great tidal wave just off the shore. This video cassette recorder and the blank tape threaten profoundly the life-sustaining protection, I guess you would call it, on which copyright owners depend, on which film people depend, on which television people depend and it is called copyright." As the 1978 "Task Force" report states, this was an attempt by Valenti to inhibit "more efficient distribution (such as electronic transmission of motion pictures or the use of video cassettes)" under the guise of preventing piracy and thus inhibit the entry of independents into the market. 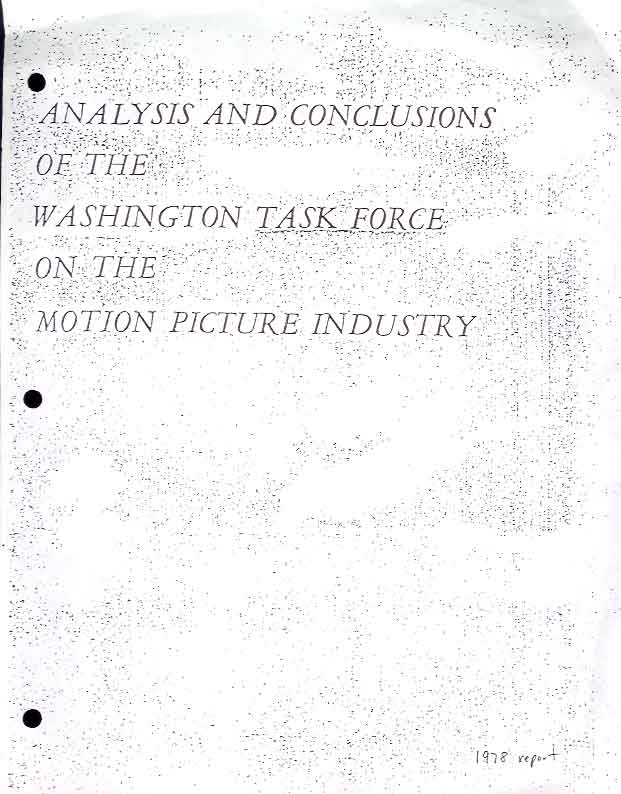 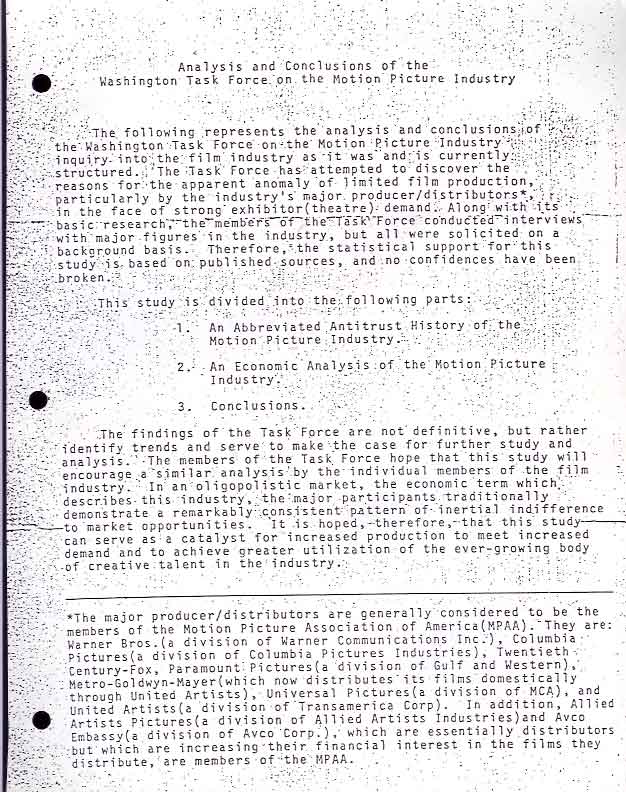 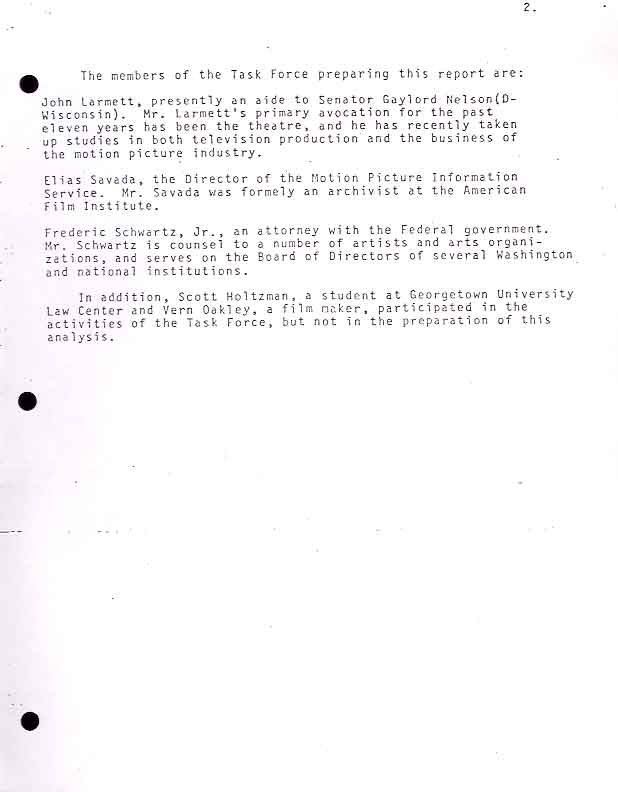 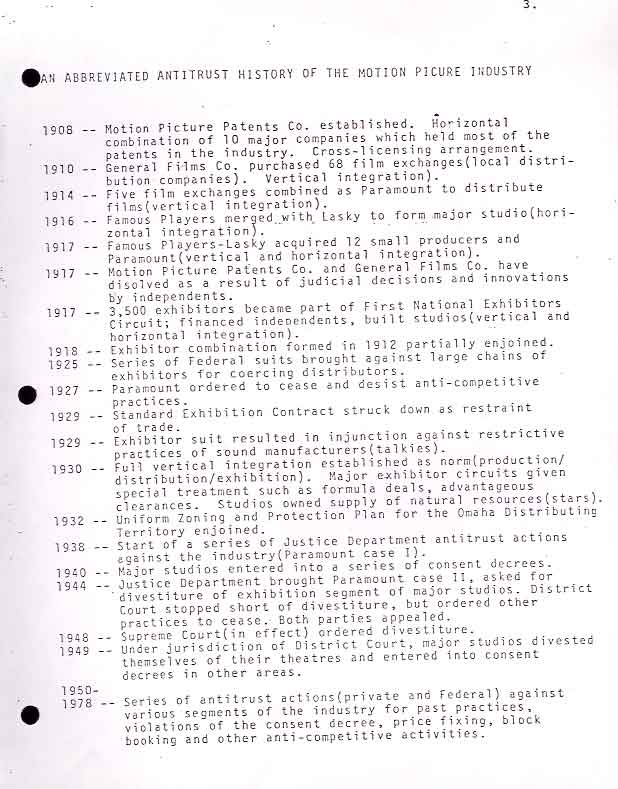 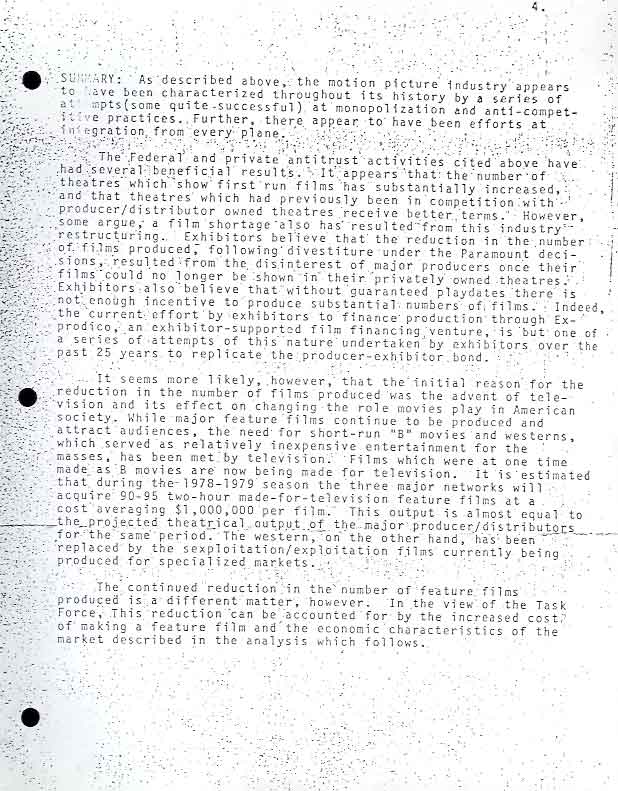 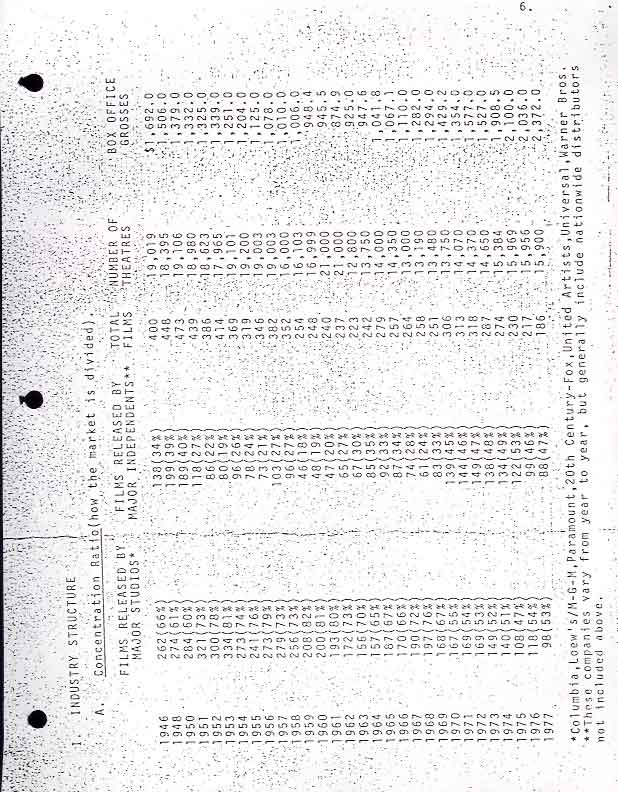 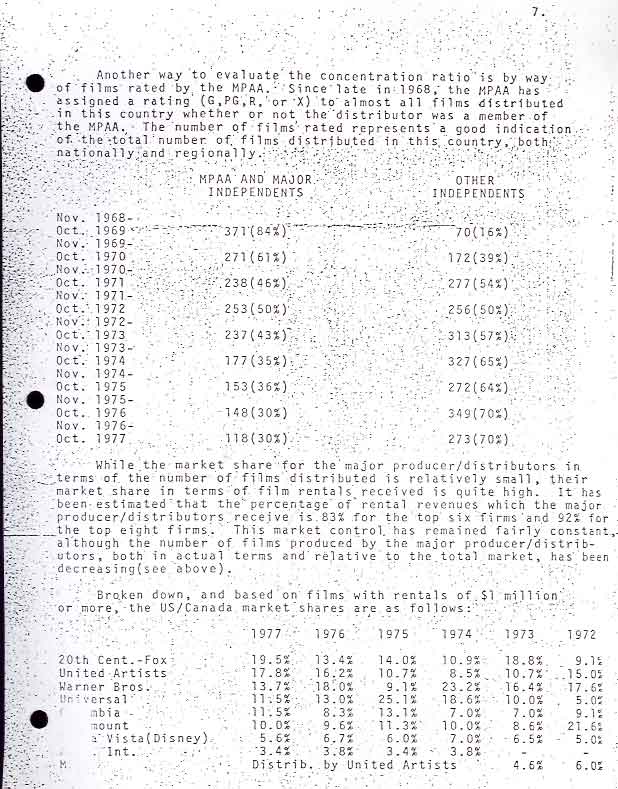 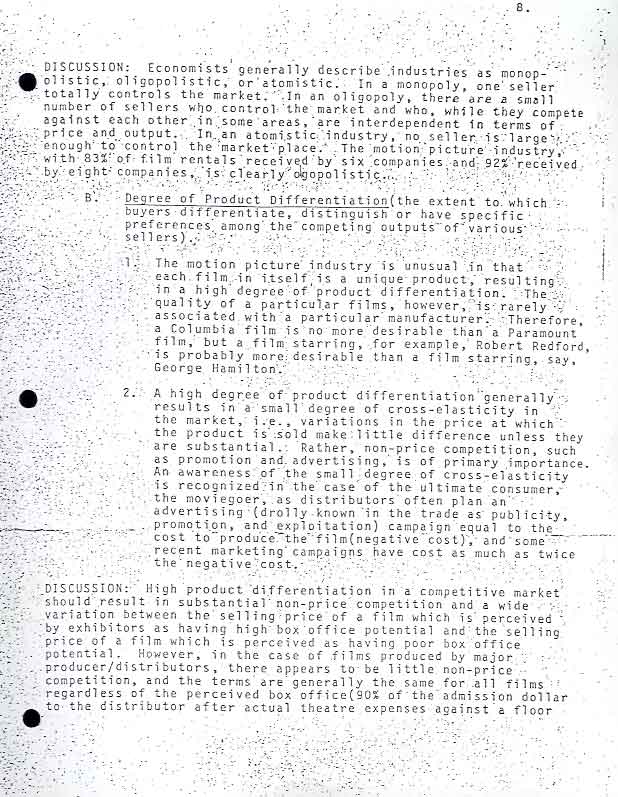 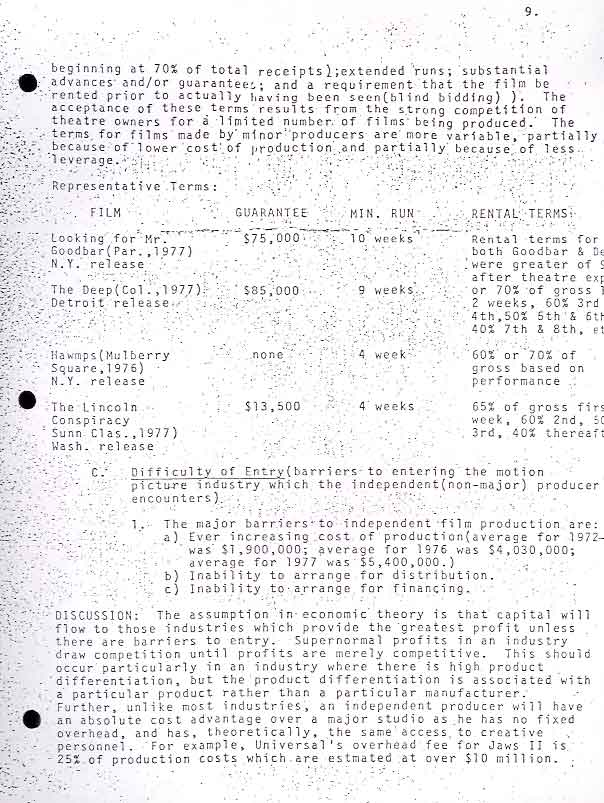 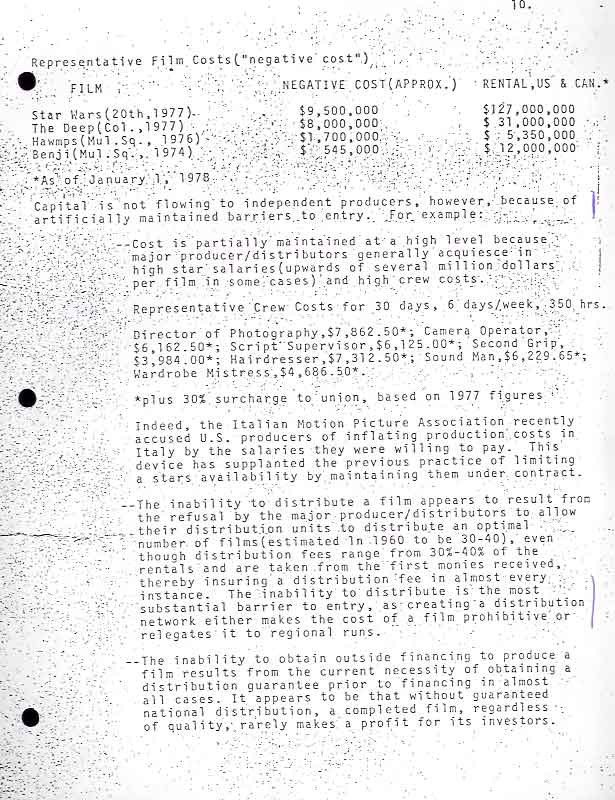 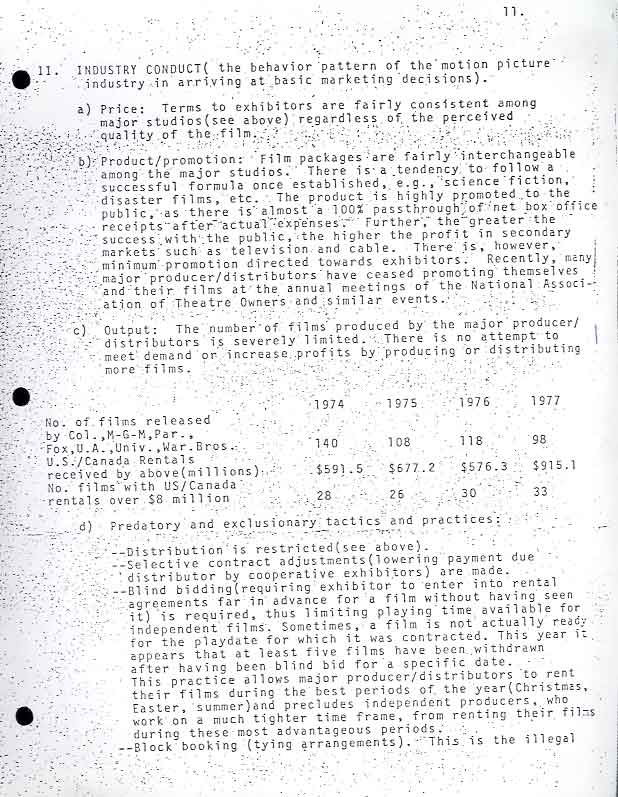 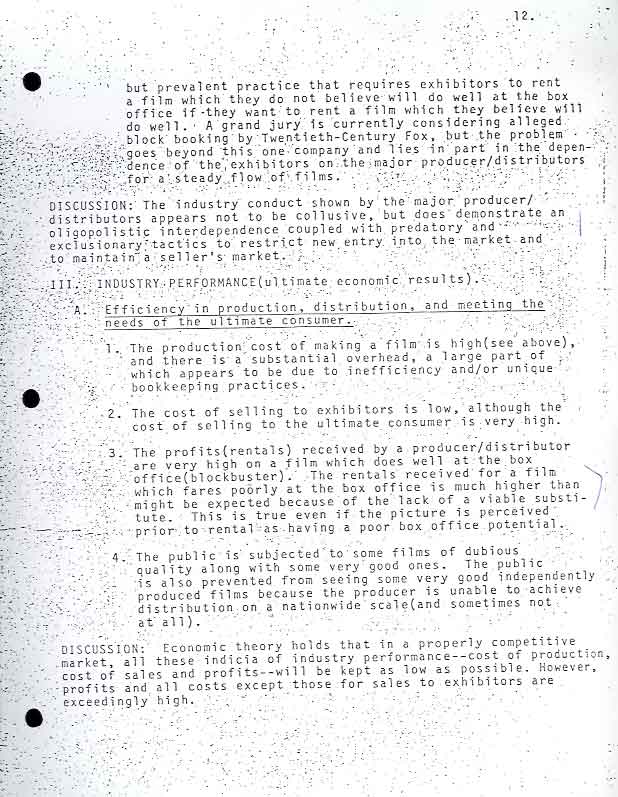 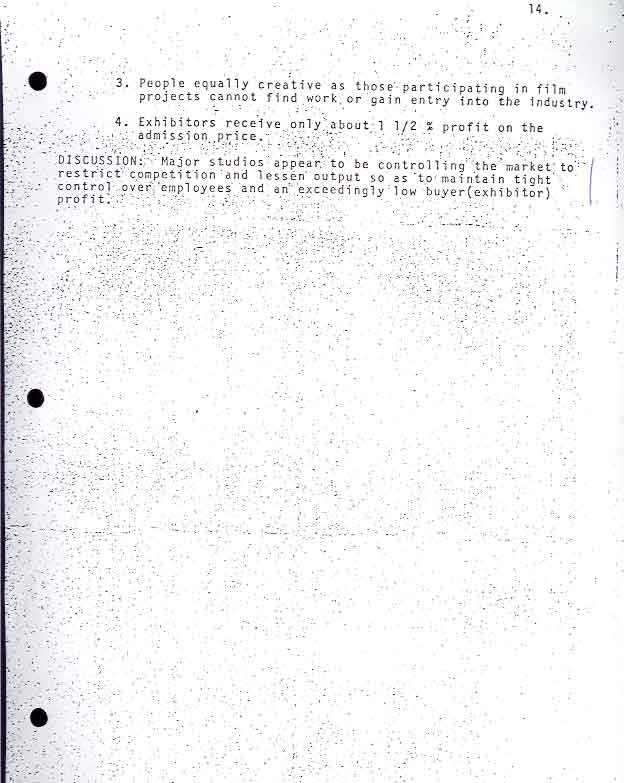 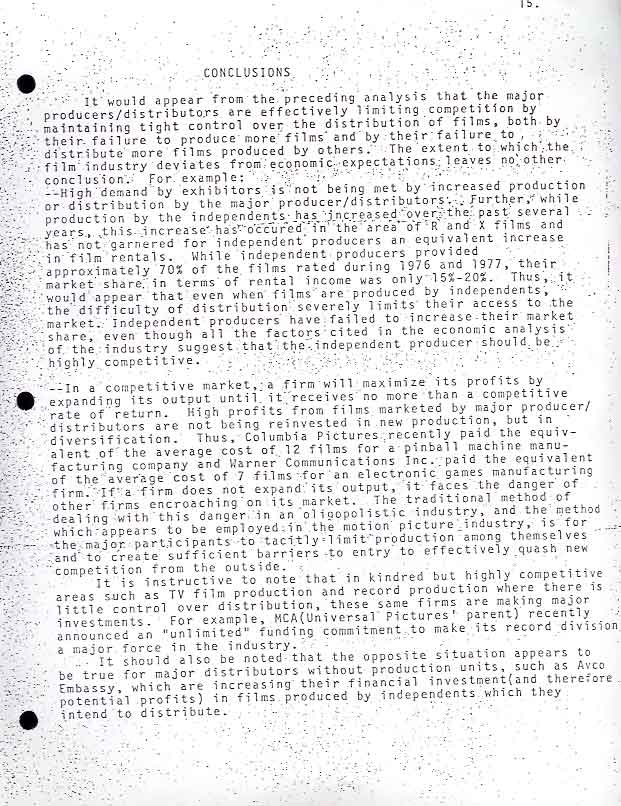 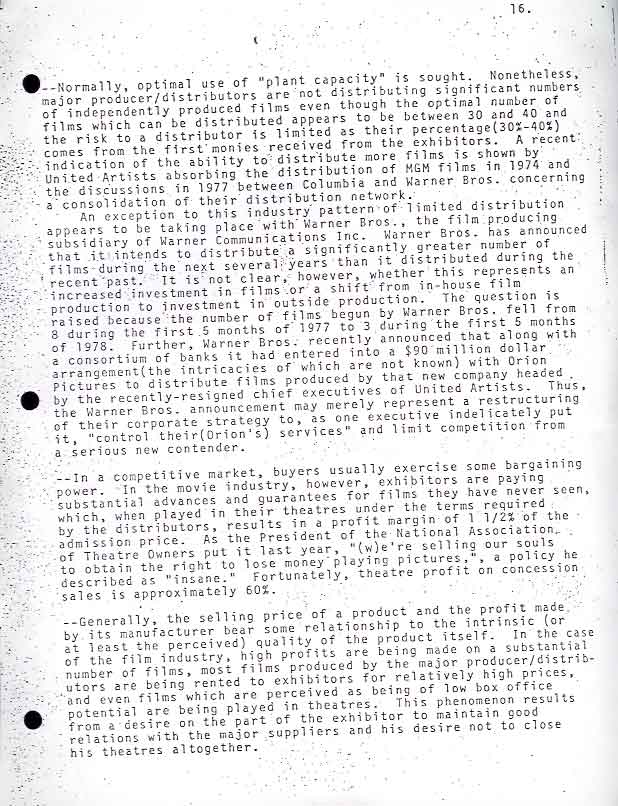 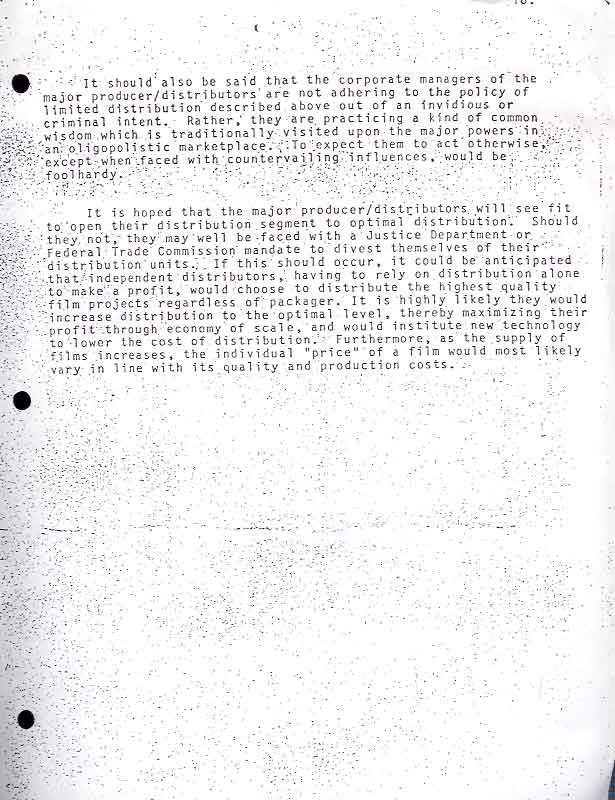 Post comments at the FIRM Discussion Forum at
http://www.homevideo.net/FIRM/archives.htm